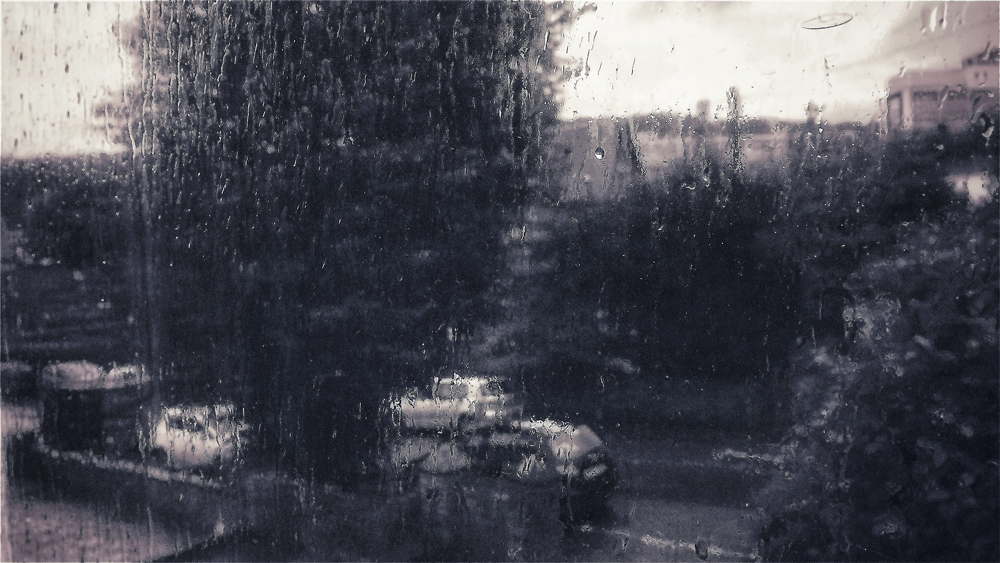 ‘God is an intelligible sphere whose centre is everywhere and whose circumference is nowhere’ (St. Bonaventure, The Soul’s Journey into God (1259)).

WFH: DAY 118. 7.30 am: The clouds moved swiftly from south to north, as though fleeing from calamity. ‘There will be windfall!’:

8.15 am: A communion. 9.00 am: Studiology. This morning, I’d assemble the extracted sub-samples from the source sample for ‘Seen in the Air’. I was building one wall of a house (possibly) for which their was no architectural plan yet. The pieces moved at a slow pace. And in that measure, there was an ache; and in that ache, there was a longing; and in that longing, there was a strength of will. The ‘subterranean’ drone, which provided an undertow throughout the composition, summoned a sense of doubt and uncertainty. Presently, the composition begins abruptly, as though taking-up from where it had left off. It ends just before an anticipated fade to silence. The tonal transitions and harmonies of the development are determined entirely by those arising from the transformation of the three-part reading of the accounts. Indeterminacy and determinacy go hand-in-hand in this particular compositional process. By noon, the first draft of the compositional strand was complete.

In art as in life, we’re tested most not by what we’re able to endure but, rather, by what we’re willing to sacrifice. And the hardest sacrifices are those that we must make for the sake of others, and which may cost us our own happiness, contentment, and security. Thus, neither any part nor even the whole of a composition is ever sacrosanct; the artist must be sufficiently determined, dispassionate, and ruthless in their judgments and executions to do what’s necessary, whatever the loss — in terms of time, energy, and expense — incurred. I compressed progressions, clarified transitions, sharpened the pace, and drove the piece harder, until lunchtime. 50 minutes of sound had been reduced to just over 4 minutes.

1.45 pm: I replayed the morning’s work. I’d no idea whether what I’d made was complete in itself. All I knew was that it was the best it could be. Sufficient, for now. A mixdown was created and filed away, for now. I opened up ‘Singing in the Air’, and reviewed the textual accounts of the phenomenon that I’d gathered many years ago:

Signs of the times:

7.30 pm: Back into the research archive to pull-out files of ‘Xerox’ copies (as we called them back in the 1980s and 90s) of newspaper reports on the 1904-5 Welsh religious revival. I used to love look through the bound copies of the Western Mail and South Wales Daily News at the National Library of Wales. Sometimes, what I was looking for was not as intriguing as what I found: