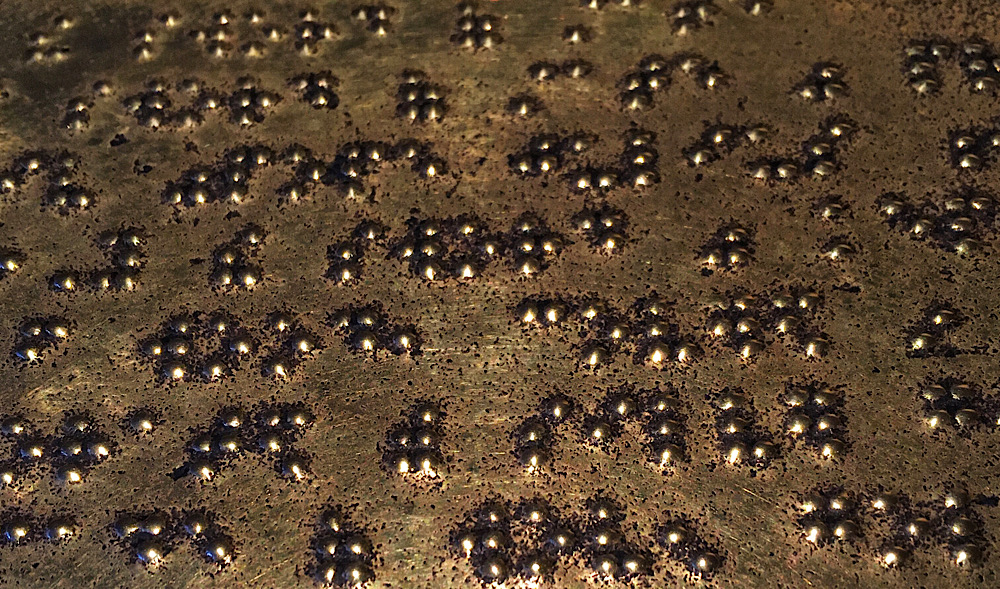 9.40 am: Onto this streets heading towards St Columba’s Church. The temperature was going to be five degrees lower than it is in Aberystwyth today. J K Rowling worshipped at the church before she became famous. (I didn’t know that before I arrived.) I’ve never had the ‘bells and smells’ experience before. The incense made me cough. It was a small, friendly congregation representing a cross-section of ages. We interrogated some over coffee afterward. The wisdom of local residents is unbeatable:

The castle overlooked the church. The light was good, so we headed uphill to it’s ticket booth and converted into tourists. Edinburgh always has tourists, even on Christmas Day. The views of the city were remarkable. Scotland’s history is complex. I congratulated myself for identifying Macbeth, Duncan, and Malcolm on the regal family tree. James I (VI) vowed to return to Scotland on being made King of England. He honoured his promise twenty-two years later. It was punishingly cold.

The tourist shop had an abundance of Christmas bling and other pretty tosh:

We took sustenance at The Hub, below the castle, before heading for St Mary’s Cathedral for Choral Evensong. The building was designed by George Gilbert Scott and completed in 1879. It’s, to my mind, a wonder of Victorian Gothic: grand without being pompous. I appreciated hearing John Tavener’s settings of the Magnificat and Nunc Dimitis:

To the side of the chancel was a painting by A E Borthwick (of whom I’d never heard) entitled The Presence (1910). It showed a manifestation of Christ appearing to an earnest penitent at the rear of the Cathedral, I was reminded of my art-historical work on late-nineteenth century and turn of the century visualisations and visions of Christ in art and Christian experience:

6.30 pm: Dinner out, again. This time we ate at a Malaysian restaurant, where they served ‘coffee milk tea’ — aimed at the undecided, no doubt.