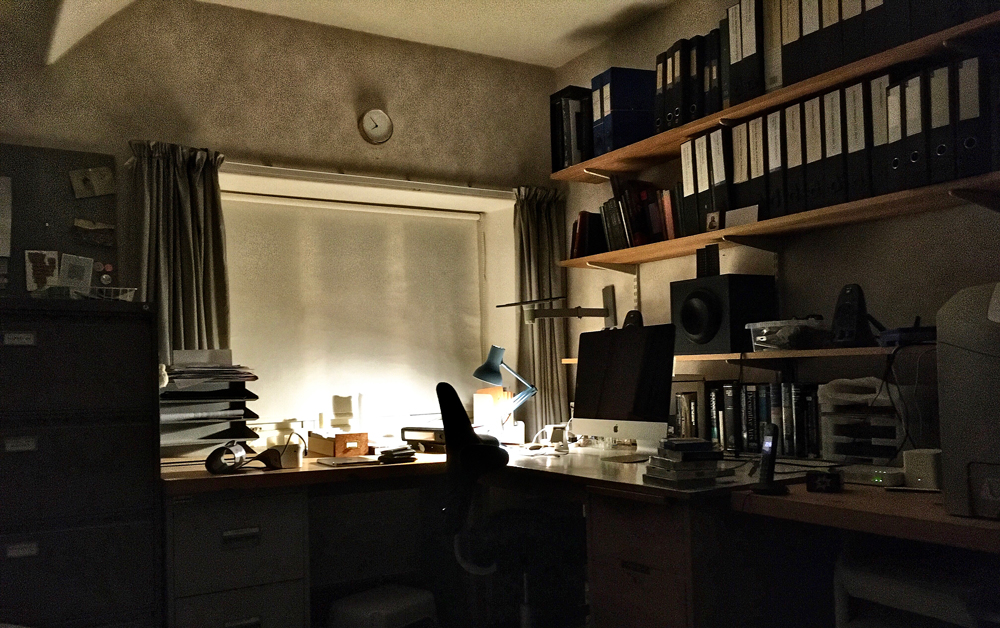 The ‘area risk’ had been ‘level is LOW’. So, either there’d been an appalling spike in infections last night, or this is in anticipation of our ‘circuit breaker’ lockdown (which begins at the end of the day), or the app is entirely unreliable. 9.00 am: I’d neglected to complete the week’s registers last night. It’s my habit to write to all absentees immediately. Who knows what struggles a student may be wrestling with.

9.30 am: Studiology. It would be an interrupted morning. (I reconciled myself to that inevitability before it began.) On, then, with ‘John ab John’. A review. 10.10 am: An MS Teams training session. I learned new stuff; it was ‘enabling’. Teams are about to introduce the ‘breakout rooms’ facility that Zoom boasts. Wonderful news. I’ll be able divide classes into smaller discussion groups.

Birdsong. Having been terrified by a sound like-unto a carriage and driver that had passed-by, the scene of the narrative changes dramatically: ‘When it was gone out of hearing, his fear went by, and so much the more as the mountain birds began to whisper — singing one here and one there — as the daybreak increased.’ It’s a beautiful description — so evidently grounded in a lived reality — that makes the strangeness of his encounter seem so much the more vivid and plausible by contrast. I whirred through my reel-to-reel recordings, made in the back garden during lockdown, when the birds were so gloriously present with us. Memory suggested that one had contributed to the capture, unannounced. I needed just one (‘here’ and ‘there’), to begin.

11.45 am: Off to the GP surgery for a spot of flu-jabbery. I landed too early (as is my habit); but the nurses were accommodating and efficient. Bring on the aching arm:

12.15 pm: Emailery. 12.30 pm: Back to studio work. Tree surgeons buzzed and grinded in a moany manner a few gardens away. On with the ‘cans’, therefore.

1.30 pm: There was material on the tape, the source of which I couldn’t recall. It was worthy of extraction. One for the archive. The recording is monophonic. Its sounds as though it was laid-down eighty years ago. I set about extracting the song of a blackbird from my salvage operation. The breed was prevalent in this neck of the woods during March and April. Birdsong is a natural sound loop: a recurrent phrase, albeit with irregular intervals. When I’d first played back the birdsong, it was at half-speed (3 3/4 ips). It sounded eerie: natural and supernatural at one and the same time.

7.30 pm: I began the construction of the birdsong section, and made a closer inspection of the sample that I’d rediscovered today. The evening ended with my nose in a book about improvisation.