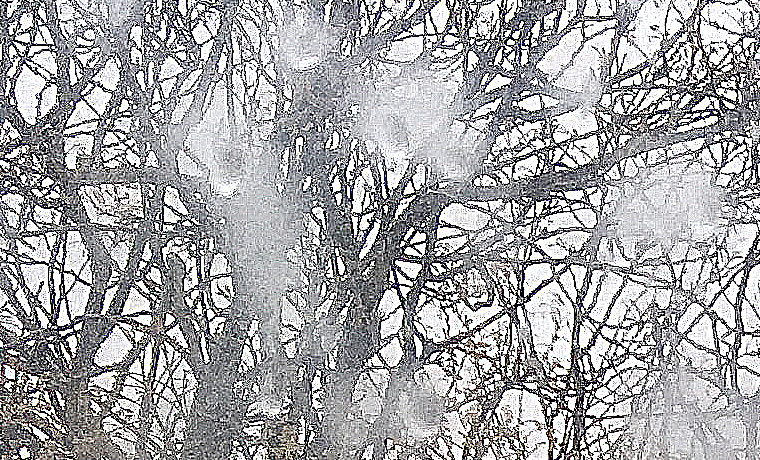 There’s a poeticism about the blog writing that, I suspect, is closer to your internal ‘voice’ than is the more formal register of academic writing. Henceforth, how you ‘speak’ through words ought to become increasingly analogous to how you visualise with paint (Assessment feedback to student, May 21, 2021).

Friday, May 21. 7.30 am: I took up my final-pass review of the first diary before returning to assessments. Today was one of several deadlines on which those submissions with extensions were to be delivered. Final marking has been a muddled experience this semester. Assignments come-in in ‘bibs and bobs; dribs and drabs’, as my Gran used to say. But I persevered. 11.30 am: An emergency Art/Sound mini-tutorial prior to a student’s presentation and essay submissions. Maintaining morale and forward motion is an imperative. At other times during the day, I found myself engaged in technical discussions about video links in PowerPoints that simply wouldn’t; rendering advice about submission protocols; and generally chivvying folk along as their knees buckled on the last lap of the race.

7.00 pm: Practise session. 7.30 pm: On with my final Research and Process in Practice assessment before settling to continue the review of diary posts.

One of my motivations for early retirement is a low-grade but persistent anxiety that, in all the complexity, speed, and busyness of academic life, I’ll accidently drop a ball, forget something, overlook a matter of importance, fail to perform adequately, or otherwise genuinely make some kind of mistake (inadvertently) that’ll have dire consequences for someone else. The fear of ‘letting the side down’, as they say. Undoubtedly, I’m not the only one who’s felt this way. I’m sure over-busy, tired, and under-resourced NHS staff have experienced this terror to the power of 100 during this last year or so. I also need to bring to an end a conversation that I’ve been having with students for the past 36 years. There have many different students, working at different levels of study, in different places. But, for me, it has been the same conversation from start to finish. I no longer want to hear the sound of my own voice. For it’s not they who’ve tired me, but I.

Saturday, May 22. 7.30 am. The rain dribbled; the clouds hung low, grey, and inert. Occasionally, pale patches of turquoise bled through, only to be quickly overwhelmed. Droplets sizzled on the Velux window pane. An inconstant percussive drip punctuated the silence. I rescued a hoody-top from the washed-laundry basket, and made for the steam-iron. ‘SWWWIIIISSSSHHH!!’:

There were several PhD fine art submissions that needed my critical eye. Once these had been dispatched, I passed-over another two pages of the first diary’s posts. 8.30 am: I was, now, a quarter of the way through. (In the background: John McLaughlin’s Devotion (1970).) 9.30 pm: I took up again assessing the ‘late’ Art/Sound PowerPoint presentation submissions. Some students surprise you with what they can pull out of the bag right at the very end. 10.45 am: More tea and posts. Some students would write better if they’d only read aloud what had been written. The ears are far better than the eyes at recognising grammatical and syntactical glitches and anomalies. 1.00 pm: The last submission for the module was completed.

1.30 pm: My critical faculty was exhausted. So, it was back to the posts for the remainder of the afternoon. (In the background: David Bowie, Low (1977), followed by Richard Wagner, Der Ring des Nibelungen (1848–1874).) The music and libretto for the latter were composed over the period of some twenty-six years. I can no more hear ‘Ride of the Valkyries’ and not see helicopters flying over unsuspecting Vietnamese villagers than I can hear Johann Strauss II’s The Blue Danube Waltz and not see a rotating space station. Such is the power of musical and visual conjunctions when they’re sublimely apposite. 4.15 pm: ‘Walk On By’.