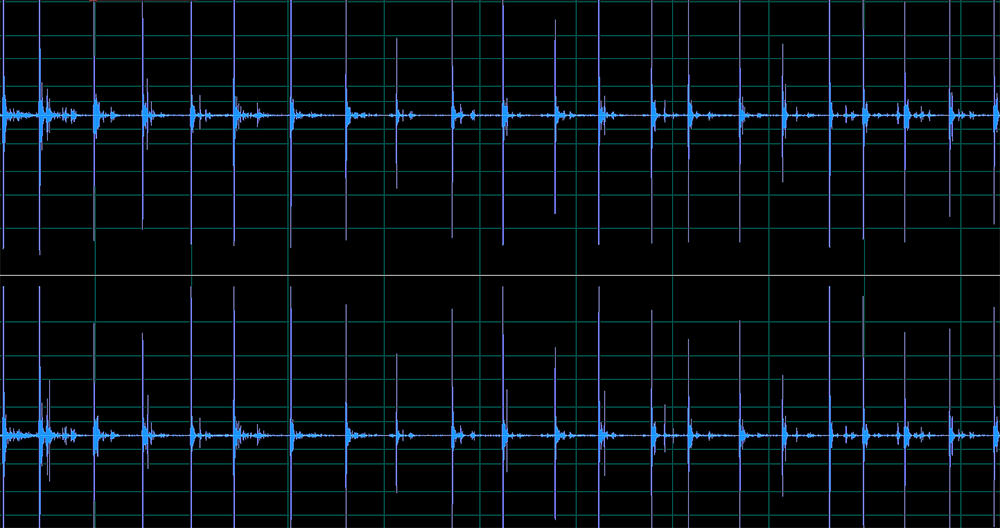 9.00 am: Studiology. I made a final pass over one of the ‘Geographical’ compositions. ‘Was there a better way … ?’ Off screen, studio equipment was either put away or moved to the bathroom for the final ‘field’ recording. The CD project was moving to the close of the compositional period. Thereafter, I’ll be committed to the torture of post-production mixing, in preparation for transfer to CD, and the development of the album’s design and texts.

I proceeded to drop a large bar of soap with a convex underbelly into the bathwater from different heights. Some were aimed at the bath’s centre, others at peripheral zones. The distances and points of impact modified the tonality and character of the splashes.

12.00 pm: I listened to my ‘splash’/’plop’ capture. The source recording is to sound manipulation what the negative is to photography: merely a point of departure. In the ‘darkroom’, the ‘image’ can be exposed, dodged, burned, and otherwise enhanced. The account, taken from Jones’s Geographical … , describes a young boy who foolishly bid an evil spirit to: ‘Tafl gerrig o’r afon’ [‘Throw stones out of the river.’] Thus the action reversed the normal procedure of casting stones into the river (which my soap-dropping antics had mimicked). I’d no interest in recreating what stones exiting water might actually sound like. (Akin to a fish breaking water, I imagine.) From a purely technical standpoint, I was able to straightforwardly reverse the recorded sounds; the result of so doing, while not realistic in its effect, evoked an unsettling sonic experience. This would be my starting point for composition. The day hung heavy, still:

1.40 pm: After lunch, I began the process of excising useable material from the modified version of the sound capture. I’d no sense of the whole, only of the sonorities — which was sufficient to break into the work. Once (and if) I find the sense of the place and the mood of the piece, the rest will emerge.